Today is the final day of Season 4 of the Boy’s Can Wear Pink blog tour hosted by Handmade Boy. I hope all of you have enjoyed following along as much as I have. I have been part of this tour from the beginning, with a little break last year when Baby Bear joined our family, and it has been amazing watching all of these boys grow. The Bug hardly even looks like a little boy anymore, and at 6 years old he’ll be quick to tell you he’s not one. You can check out my posts from Season 1 and Season 2 if you want to see for yourself how much he’s grown.

As I read through the posts this week I noticed many of my fellow bloggers mentioning society’s influence on how our boy’s feel about the color pink. I have to admit, when planning out the Bug’s outfit I had similar thoughts. I knew however, that if I played to his interests, he would not hesitate to wear it, no matter what society tells him about the color. The Bug doesn’t really have strong feelings one way or another about the color pink, but he LOVES BMX. He would race everyday if he could, and nothing can turn a bad day around for him faster than a couple of laps around the local track. So a BMX themed outfit and photo shoot were sure to be a hit.

His only concern was with wearing the pink helmet, and not because it was pink. You see, that pink helmet belongs to his little sister (yes, she races BMX too) and he was afraid of people mistaking him for her. He had no qualms about wearing the color, he just didn’t want people thinking he was his little sister. After a quick conversation about the meaning of this tour he quickly decided it was pretty cool to be able to show other boys that it’s OK to wear whatever color they want, even if it meant wearing his sister’s helmet for a little while. 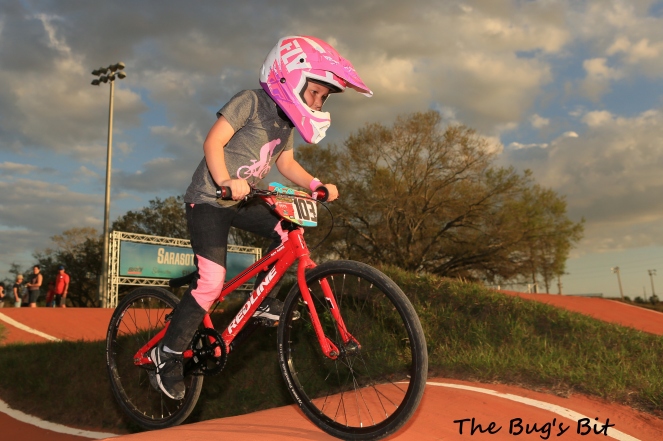 I have to say, even if he never wears it again, he rocked the pink helmet for the few minutes it took to get these photos. 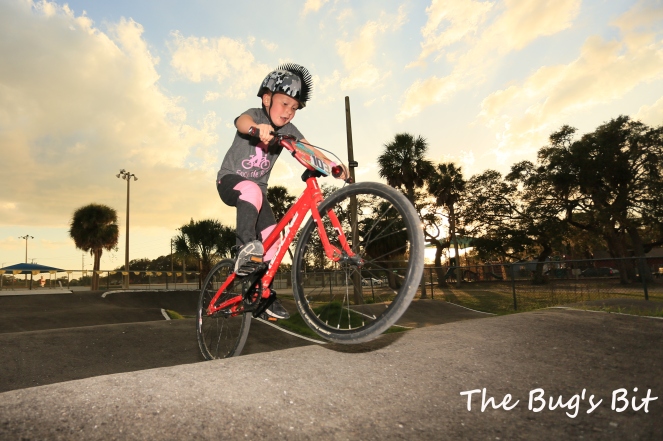 Now, this is a sewing blog, so if you’ve made it this far you’re probably wondering about the clothes he’s wearing. I used the Moto Maxx Set by Love Notions (affiliate link). The pants are stretch denim from Mood Fabric and the tee is double brushed poly from Purple Seamstress. The graphic on the tee was done with heat transfer vinyl.

I love the slim fit of the Moto Maxx pants for the Bug, especially because it helps me not worry about him getting a pant leg caught in his bike chain. The reinforced knees are such a fun and practical detail for active kids too. 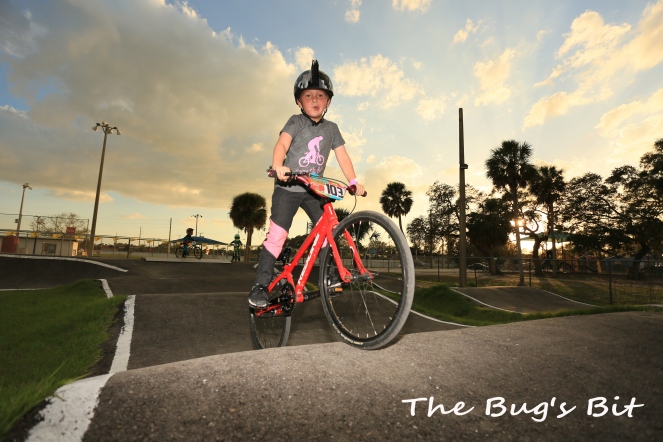 I chose the curved hem option for his shirt, which gives him just a little extra coverage as he works to develop those bike handling skills. Those skills have certainly come a long way from when we first stumbled into the world of BMX. Ironically enough, that was about the same time the Moto Maxx Set was first released. I was still pretty new to pattern testing then and Tami was so great to work with. 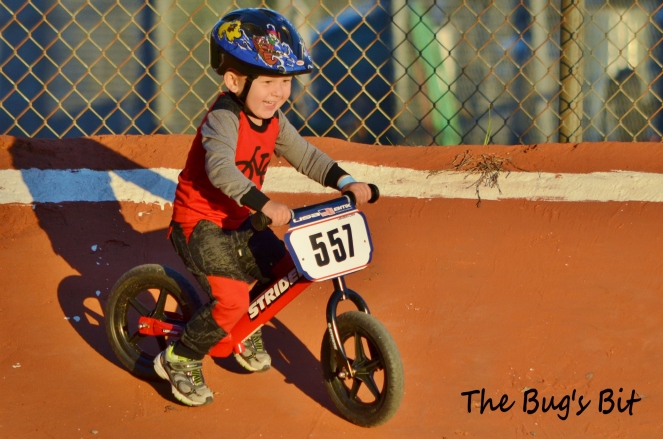 He’s grown just a tiny bit, but he still loves his bike and BMX just as much. After 4 years of following and sewing along with this tour the one thing I come away with each year is how important it is to listen to our boys and allow them to give us input in to what we create for them. Try to incorporate what they love, be it any color of the rainbow or their favorite activity. They’ll love you for listening.

The Bug and I both want to thank our friends at Life As Art Photography for the amazing photos. We met them when we stumbled into the BMX world and we are so glad we did! If you want to see some amazing photos of some pretty incredible BMXers of all ages, check out their Facebook page.

If you haven’t already, check out the other awesome creations from Season 4 of the Boys Can Wear Pink Blog Tour. There are a lot of talented mamas here creating some amazing things for their boys.